Spotlight on a National Hub: Greece 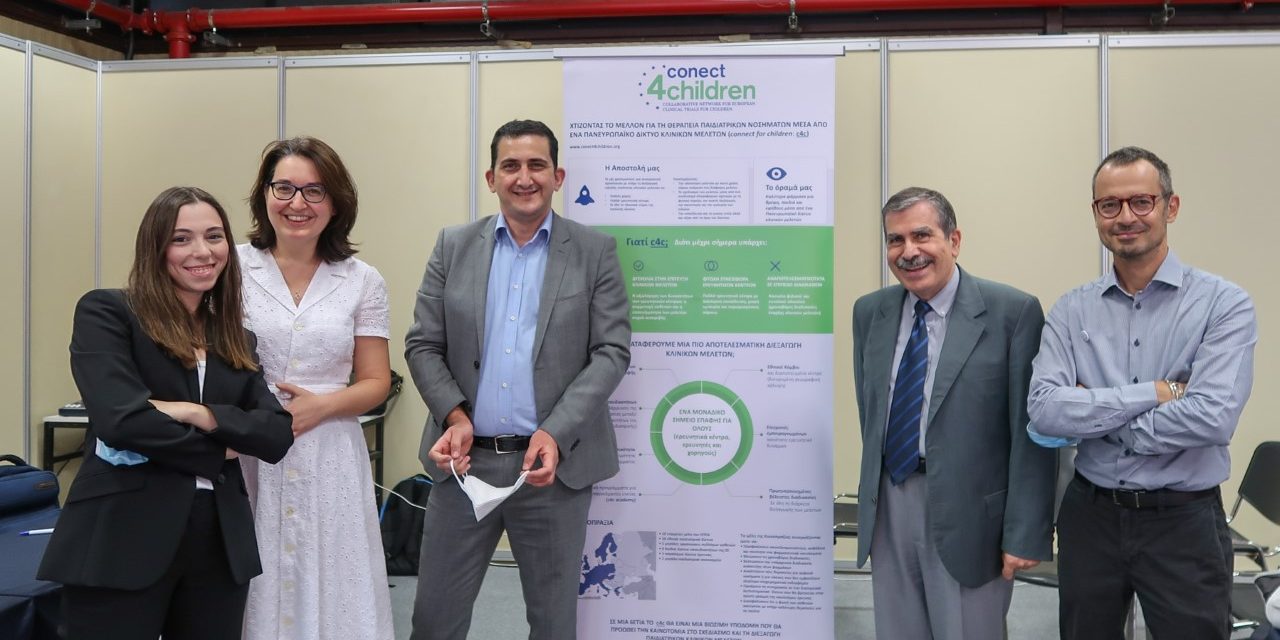 HELPnet (Hellenic Paediatric Network) is the Greek National network of paediatric clinical research sites around Greece that is co-ordinated by the Greek National Hub within conect4children network (c4c). HELPnet was formed and began its activities in 2018, when the c4c network started. HELPnet is based on a memorandum of understanding between the participating centres. Since its formation many tasks have been implemented and challenges have been met.

The coordinating team is based within the department of Paediatrics of Aristotle University of Thessaloniki, which is located in the Hippokration General Hospital, Thessaloniki. The team consists of 5 core national hub members, coordinated by Professor Emmanuel Roilides.

Before the establishment of HELPnet, there was no paediatric clinical research network in Greece. While there were some collaborations between paediatric departments around the country, no formal networking existed. Lack of networking was the cause of great difficulty in conducting multicentre clinical trials in neonates, infants, children and adolescents in Greece during previous years.

The network of HELPnet consists of around 10 paediatric centres and paediatric subspecialty groups, mostly university departments, each of them containing various paediatric subspecialties. The inclusion of centres with expertise in different fields of Paediatrics was and remains the great challenge of national hub. The national hub notifies and informs all its members about the ongoing industry studies that c4c undertakes to contribute. It helps industry sponsors to select the most expert sites for the studies in the country. One of its main roles is the supervision and the facilitation of the studies by all these sites. It also disseminates information about courses available through the c4c academy for c4c NH site staff to participate to.

The national hub has medical and non-medical administrative personnel; HELPnet has its own website and has organized two annual meetings during the previous years that due to covid 19 pandemic were both virtual. Both meetings were extremely successful with paediatric centres presenting their experiences and discussing progress as well as future plans of the network. In addition, presentation of HELPnet in the annual International Exhibition and Fair of Thessaloniki and in other national medical and patient’s meetings took place with great success. In all these meetings effort was made to create more awareness of HELPnet to governmental authorities, national bodies, pharmaceutical companies, patient organizations, public, potential sponsors, etc. It is the vision of HELPnet to become an efficient national network for stakeholders that want to run multinational paediatric clinical trials in Greece within c4c, to facilitate high-quality trials and achieve optimal treatment to all children in the country. In addition, HELPnet can be the national single point of contact for studies outside c4c. To find out more about the Greek National Hub and HELPnet, click www.helpnet.gr.

Spotlight on the Belgium National Hub

Spotlight on a National Hub: Spain

Spotlight on a National Hub: Norway

Reply on Twitter 1595340679210827776 Retweet on Twitter 1595340679210827776 5 Like on Twitter 1595340679210827776 7 Twitter 1595340679210827776
Archives
Go to Top
This website uses technical cookies functional to the site's operation, anonymous statistical and, subject to your consent, third party analytical and profiling cookies. In particular, we use cookies and other identifiers to ensure you get the best experience on our website, to provide you with social media features and to analyze our traffic. We also use third party tracking and profiling cookies and identifiers to collect information about how you use the Site and to send you promotional messages in line with your online preferences. By clicking on the Accept all cookies button, you give your consent to the use of all the cookies used in our website. By clicking on the “Cookie settings” button, you can customize your choices regarding cookies used in our website. If you close this banner by clicking the "X" button, default settings will stay as they are and you will continue to browse the Website in the absence of cookies other than technical ones.
You can freely give, refuse or revoke your consent, at any time, by accessing the Management consent panel.
If you would like to learn more about how cookies work on the site, read our Privacy Policy and Cookies Policy.
Cookie SettingsAccept AllX
Manage consent